Children playing on the College Backs in Cambridge c 1838

Thank you to Cambridgeshire Collection for this picture

I like to think that this picture illustrates my not particularly original thesis that the presence of top class cricketers such as Fenner and Boning of the Cambridge Town and County Club and Caldecourt and Redgate, professionals for the University Club, inspired enthusiasm for the game amongst children in the town thus paving the way for future top class cicketers to develop. 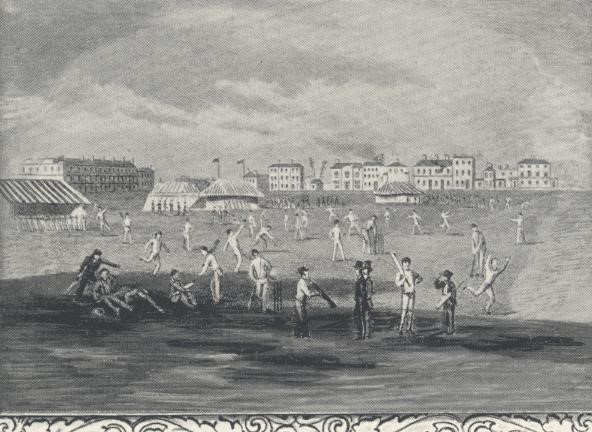 Note the general sense of mayhem which seems to have been the norm on Parker’s Piece. 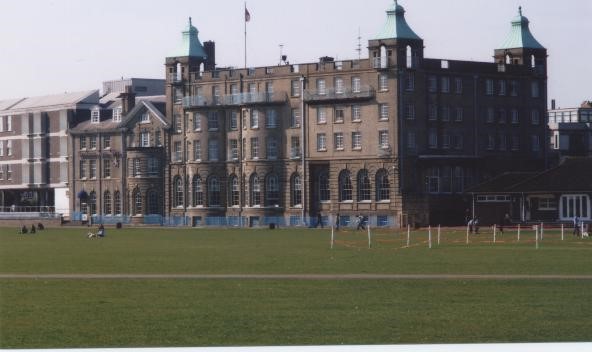 The University Arms Hotel, Parker’s Piece, Cambridge 2009. This hotel was quite new in 1840 at a time when cricket in the town was hitting one of its peaks as is indicated by the presence of cricketers in the background of the picture from that date. The Cambridge Town and County Club’s first general meeting was held there and I assume that the game was good for business.. 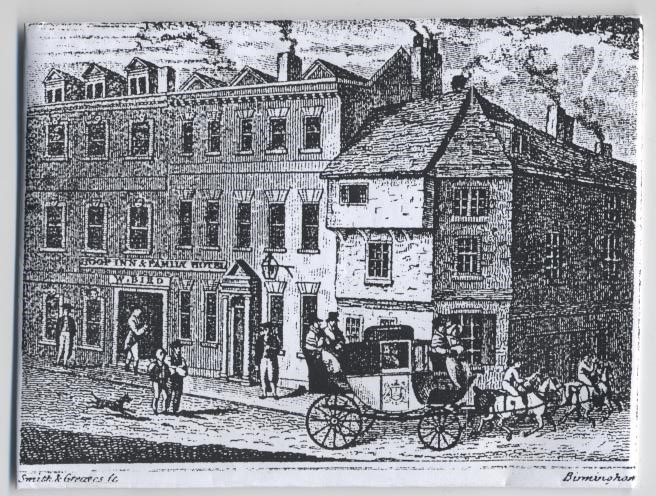 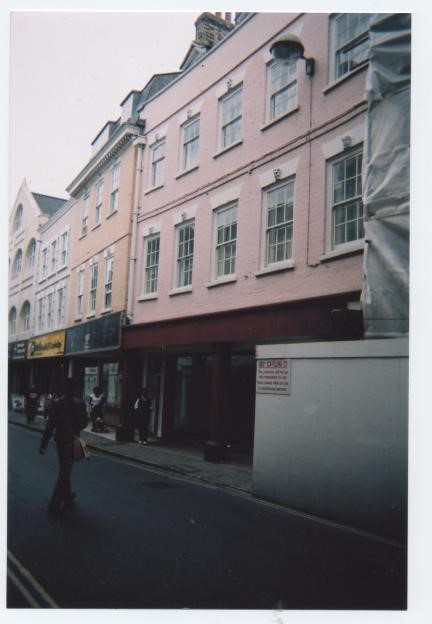 The Hoop Hotel, Cambridge,home of the Hoop Cricket Club 1827-30 sadly is no more, although the upper facade is still clear to see. 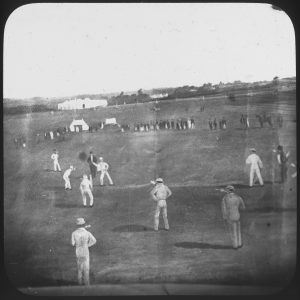 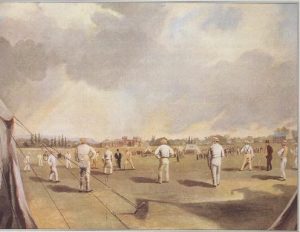 Three pictures of cricket on Parker’s Piece. The top picture is dated as being from 1846. Charles Box, in his “Theory and Practice of Cricket” (1868) stated that there was a picture of a Smokers v Non-smokers match hanging in the University CC club-room, which may be this picture. Middle is a photograph of a similar painting that I have not yet dated. The third picture (Bottom ) is dated as being from the 1860’s, but is again based on the same basic picture. I would like to know which of the first two, if either, is the original. (Pictures from Cheffin and Chalk Auction catalogue, Cambridge Records Office and MCC)